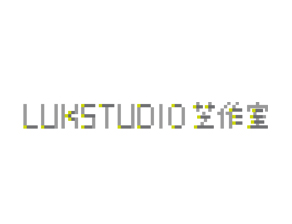 Christina Luk was born and raised in Hong Kong, a dynamic city that helped shape her desire to do creative work from an early age. After graduating from the University of Toronto with a Bachelor of Architecture degree, Christina worked in Toronto and obtained her OAA architecture license before relocating to Shanghai, China in 2007.

Having worked on medium to large-size projects as an architect and project manager, Christina has accumulated 10 years of knowledge and experience in a broad range of projects including: urban planning, heritage conservation, mixed-used projects, institutional, gallery exhibition and hospitality interior design. Her strengths lie in articulating the client’s needs and leading her team to fulfill the potential of each project.   Christina founded Lukstudio in Shanghai in 2011, since then she and her team have created a portfolio that showcases a passion for concept, materiality and craftsmanship. In 2016,

Christina was recognized as ‘Wave of the Future’ by Hospitality Design Magazine, and awarded ‘40 Under 40’ by Perspective Magazine.  LUKSTUDIO Shanghai, China  LUKSTUDIO is a boutique design practice based in Shanghai, China. Founded by Christina Luk in 2011, the studio is comprised of an international team of architects and designers with diverse backgrounds and cultural perspectives. With a common desire to challenge the status quo of the environment, the team finds joy in creating meaningful design solutions for others.

Lukstudio’s strength lies in an ‘everything is possible’ attitude that is influenced by the surrounding context of Shanghai; a fast-paced city where East meets West and tradition is integrated with innovation. In the midst of the hyper development, Lukstudio strives for simplicity and timelessness in its work.  Each project tells its own story, and Lukstudio is proud to identify a narrative, preserving it from concept through to completion to deliver memorable spatial experiences that delight and surprise.

We collaborate closely with clients and contractors to deliver artistic and functional solutions. The team enjoys experimenting with materiality and lighting to make each project unique, while also extending the boundaries of architecture in the everyday living.

Lukstudio has been widely published and awarded internationally. It was selected by GOOOOD as one of the top 10 young designers in 2015. It has been listed by Architectural Digest as AD100, the most influential architects and designers in China in 2017. And it is credited as top 50 retail design agencies by insider Trends, a retail consultant expert who pinpoint the latest, most innovative spaces. Other accolades for the studio include: A+Awards, A&D Trophy Award, BOY Awards, DFA Awards, Frame Awards, Golden Pin Design Awards, HD Awards, Modern Decoration, Modern Design Awards, Prix Versailles, Restaurant & Bar Design Awards, Taiwan Interior Design Award, Tongji Young Designer Award.